The iPad 2: The Next Best Thing Since Sliced Bread 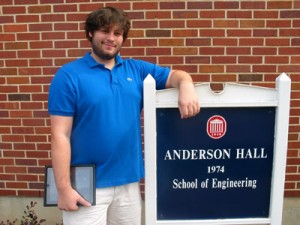 Okay, so it might not be “the” best thing since sliced bread.  But I have to admit, it is pretty close.  Most of you have probably already seen the various iPad 2 commercials on TV.  The sibling of the original iPad, the iPad 2 boasts a smaller form factor than the original iPad, a front and rear camera, and face-chat capabilities.  The iPad 2 is also Wifi and/or 3G capable on the AT&T network.  But any Apple user knows, the applications, or “apps” as they are well known, are what make this gadget a must have.  From HD games like Angry Birds that use every inch of the screen to a mobile office app for the business person on the go, this thing has some serious power under the hood. For students, it is an optimal computer-on-the-go.  With its slim body and frame, the iPad 2 can easily fit in any backpack, bag, or even some purses. Besides being a great way to pass the time, the iPad 2 has many other apps that make it worth its price.

The Basics: The standard apps and functions of the iPad 2

UPAD: A simple note-taking app with some serious fire-power

UPAD is a very neat note-taking app that I use in my classes along with a specialized stylus for the iPad that I bought.  UPAD mimics having a limit-less notepad at your fingertips.  One can even change the background to match different types of documents like graph paper for doing calculations or even a blackboard for those of you who are “old-school” teachers.  Along with taking notes, you can actually upload a PDF document through the app store and write your own notes on the PDF document.  This app also saves the note files in a PDF format.  This makes it easier to print out and save using other apps.

Ever forget that important document at home?  Well, Dropbox makes this a thing of the past!  Dropbox is a very nice cloud computing app.  Like Google Docs, it allows a person to carry any document anywhere, anytime.  You can even load Dropbox on your home computer and bring up a file that you made on your IPad 2 on your home computer with ease.  Dropbox is free up to a certain limit.  Then you can pay a monthly fee for more space.

For those of you who program, whether you do web page development or any other type of programming, Textastic is the app for you. Textastic is an easy to use text editor with a set of FTP protocols that allow a user to copy and write files to/from a secure server. Textastic supports various languages and one would be hard pressed to find a format that doesn’t work. One cool feature about this app is that it allows you to actually see the code in action before you load it back on to the server. So you can make any necessary changes and then preview the page to make sure the change you have made does exactly what you want.

One predominate reason why people have gotten an iPad, and now the iPad 2, is the games. With a wide HD screen, games on the iPad 2 let the user reach a whole new level of gaming experience. The iPad 2 has built-in accelerometers that tell the iPad its position in three dimensions.  This allows many games to use the tilt of the iPad as a controller. Many games like Metalstorm make use of this. Other games make use of the iPad’s touch screen.  A very popular game that uses this is Angry Birds.  The user is given a structure filled with pigs.  The pigs have stolen the bird’s eggs and the birds are out for revenge. The user must sling-shot the birds at the given structure and take out all of the pigs while doing the most damage. Different birds have different abilities once the birds are in flight and a user can tap the screen once the bird is in mid-air to activate that bird’s abilities.

One game that would give World of Warcraft a run for its money is called Infinity Blade.  It too is in HD and is a touch screen type game.  The game starts at a castle in a middle-earth type setting.  The user starts a “blood-line” that the user must play through until the final boss is reached.  The user may take various paths to get to the final boss.  Each path gives different monsters and demons that the user must vanquish in order to move to the next point.  Once the final boss is reached, the user must battle the evil king equipped with the Infinity Blade.  If the user is vanquished by the king, the king absorbs the user’s character through the Infinity Blade and the character’s son supersedes the father character in the blood line and the game starts over.

Another very fun game for the iPad 2 is Trade Nations.  This is a Farmville-type game in which the user must start a small village.  The small village grows by adding more people and placing different buildings like shops and markets.  The user collects money from the village and its villagers in order to buy bigger and better things.

Is the iPad 2 worth its price? 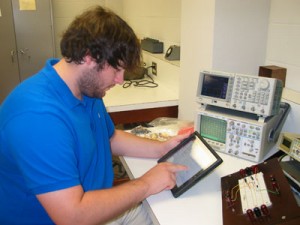 Although all of these apps and features are just a small fraction of what is available, the price of a 16 GB Wifi only iPad 2 is $500 plus tax.  This is the smallest internal memory available for the iPad 2.  Also, by adding 3G and a data plan, this adds about $100 – $150 plus the cost per month to the price of the iPad 2.  One would also need some sort of protection plan which many stores like Wal-mart offer.  You would also need a case for the iPad 2 in order to protect its large screen.  Many stores have various types of cases, but the predominantly used case is the Otterbox.  The Otterbox for the iPad 2 just recently became available with a moderate price of about $90 plus tax.  So,  if you were keeping count, that’s roughly $800-$900.  Many of the apps in the iPad 2 app market must also be bought, along with songs, movies, and games.

For those of you who are die-hard PC users,  I strongly recommend taking some time to at least check out the iPad 2.  I have to admit that the price was a little off-putting to say the least. But after owning the iPad 2 and using it for a while, it has almost completely replaced my old laptop.  I can do so much on this little device that my computer can’t.  I can save my notes electronically in a PDF format that I have handwritten.  I can edit and make office documents just like I could on my computer.  I can surf the Internet, check my email, and even listen to my favorite artists all at the same time.  The only thing that hinders the iPad 2 is its internal memory size.  Granted, that the smallest memory value that you can get is only 16 GB.  It can easily be seen that this is not a “small” value.  You can also allocate data on any of the various cloud platforms for documents which will conserve some of the memory on your iPad 2.  You can also move most of your PDF files onto your computer once you do not need them anymore or simply delete them, if needed.

*Note:  Look for an upcoming article on safety guidelines for uploading documents to Dropbox.*